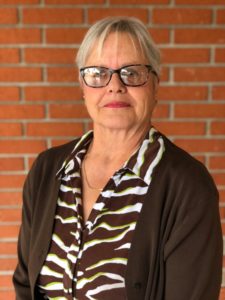 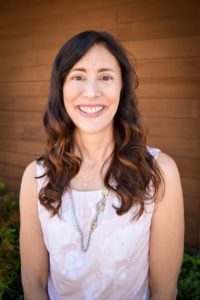 Karen Herrera
Chair, 2016–2020
Karen Herrera is Duarte’s longtime Deputy City Manager and has over 32 years of local government service and community volunteerism in support of the City of Duarte. She has served in her current position for over a decade, and just recently her passion for the Duarte community was honored by Assemblymember Blanca Rubio when she received the 2018 Woman of the Year Award for Outstanding Community Service. Karen is a proud graduate of the California State University system receiving her Bachelor’s Degree from Cal State Fullerton and her Master’s Degree in Public Policy and Administration from Cal State Long Beach. She served as LARA Chair for four years. 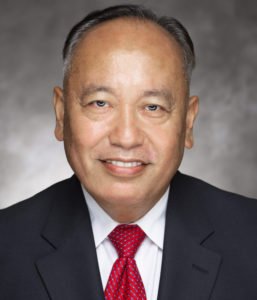 George Payba
Executive Director, 2018–2019
George Payba served as the Executive Director of LARA from 2018 to 2019. Previously, he served as the City of Los Angeles LARA representative from 2010 to 2018. At LA Sanitation and Environment (LASAN), Mr. Payba served as the Section Head for the Zero Waste Compliance and Sustainability Section from 2014 to 2019. During his tenure at LASAN, Mr. Payba oversaw several programs such as LARA; AB 939, AB 341, and AB 1826 compliance, and the Recycling Market Development Zone. He also managed the successful City of LA Green Business Certification Programs comprising of Green Business, Green Arts, and Green Lodging; as well as the implementation of the citywide sustainability programs such as LA Green Business Certification Programs, the Environmentally Preferable Purchasing Program/Ordinance, Single-Use Plastic Bag Ban, and the Department of Dept. of Water and Power’s Waste Tire and Universal Waste Programs. George left LASAN to accept a promotion as Director of Electrification of Transportation Systems and Electronic Vehicle Policy at the LA Department of Water and Power.George received his Bachelor of Arts degree in Chemistry from Long Beach State University.

Julie Jacobe
Administrator, 2018–2019
Julie Jacobe joined the Solid Resources Citywide Recycling Division in LA Sanitation as a Management Analyst in 2014, where she had been working alongside longtime LARA Administrator, Nady Maechling, until Nady’s retirement. Julie has a Bachelor’s Degree in Social Ecology from UC Irvine and has completed the Certificate in Sustainability from UCLA Extension in June 2018. 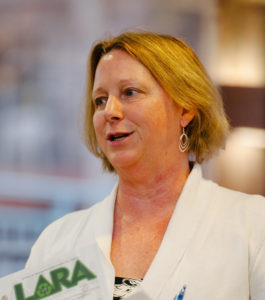 Karen Coca
Executive Director, 2004–2018
Karen Coca retired as the Division Manager for the Solid Waste Resources Citywide Recycling Division (SRCRD), LA Sanitation in the City of Los Angeles after 25 years of service. She created LARA with 14 Charter Members, the first in the Southern California region, and she has served as the Executive Director since 2004, when LARA was formally recognized by the California Integrated Waste Management Board (now CalRecycle). She served as the SRCRD Division Manager since 2008 and has successfully implemented many critical programs for the City of LA, including the new franchise hauler system, recycLA. Blue bins are now available to all commercial customers and the franchise contracts will reduce waste to landfills by 1 million tons each year. Karen has a Bachelor’s Degree in Geography from Cal State Northridge.

Nady Maechling
Administrator, 2004–2018
Nady Maechling retired as an Environmental Engineering Associate II for LA Sanitation after 29 years of service. She worked alongside Karen Coca as the Administrator since the beginning when they built LARA in 2002. She also served as the AB 939 Compliance Administrator and was responsible for many successful projects for the City of LA including the Zero Waste report which calculated the City of LA’s current diversion rate at 76.4%. Nady has a Bachelor’s Degree in Chemical Engineering from Long Beach State University.